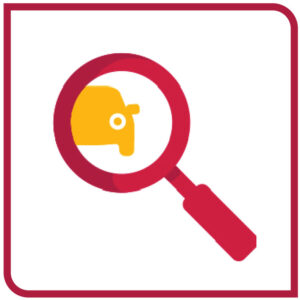 According to the National Association of Insurance Commissioners (NAIC), auto insurance is widely believed to be affected by fraud more than any other type of insurance. A study completed by Versik, a data and analytics company, states that fraud costs the auto insurance industry at least $29 billion a year. The Insurance Research Council (IRC) completed a study in which they estimated that between $5.6 billion and $7.7 billion was fraudulently added to paid claims for auto insurance bodily injury payments in 2012, compared with a range of $4.3 billion to $5.8 billion in 2002.

Maryland is one of the areas most impacted by insurance fraud. A 2021 study completed by Clearsurance using data from the Federal Trade Commission (FTC) found that Maryland ranks sixth in the United States for the most vehicle fraud and scams. According to the study, “Maryland has 313 auto-related cases per one million Maryland residents.” The article also states that Maryland has 1,893 annual auto fraud cases, and those are only the fraud cases that were discovered.

There are two primary categories of auto insurance fraud: “hard fraud” and “soft fraud.” Hard fraud involves a policyholder deliberately causing damages with the intent to collect on the other driver’s insurance policy. Soft fraud involves a policyholder exaggerating a claim, intentionally omits, or lies about the information on the application for a lower premium payment. Soft fraud is the most common type of insurance fraud and is even seen as a crime of opportunity, which is a crime that is committed when a perpetrator sees that there is the chance to commit an act as opposed to planning the crime ahead of time.

Those caught committing insurance fraud face the consequences of jail time, criminal prosecution, penalties and fines, and/or a civil fraud penalty and restitution.

How Maryland Auto is Combating Fraud

Maryland law limits eligibility for coverage with Maryland Auto to Maryland residents only. Often, residents of other states where rates may be higher falsify their residence information to apply for and purchase Maryland Auto policies. Maryland Auto relies on a network of Vehicle Tag Locators to investigate claims where residency may be an issue in order detect if a vehicle is primarily operated in Maryland or out of the state.

Our Claims professionals receive regular training to sharpen their skills to keep them aware of any claim situations that may indicate fraud. In addition, training is offered to our authorized producer partners (agents) to raise awareness of ways to identify and prevent fraud before a policy is written or a claim is submitted. We also have a dedicated Special Investigative Unit responsible to further investigate and resolve those suspicious claims that have been identified with potential fraudulent claim indicators.

How to Report Insurance Fraud

For more information about insurance fraud: